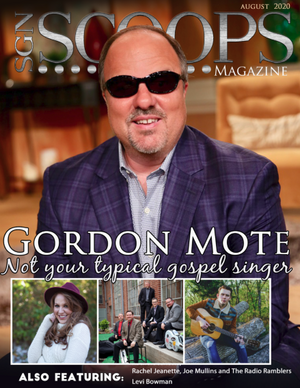 Nashville, TN (August 31, 2020) Crossover artist Rachel Jeanette has achieved many special moments as an actress, model and singer but her appearance on the August cover of the SGN Scoops Magazine set a new milestone for her. The cover marked her first cover since launching out in to Christian music.

“I am overwhelmed at the response and warm welcome that the Gospel music family has given me. They have made me feel like one of their own,” stated Rachel. Her musical journey started in Christian music as a teenager, working with acclaimed songwriter Geron Davis and being a part of Dove nominated albums. Rachel Jeanette’s career has included roles in major motion pictures such as The Hunger Games, Divergent, 90 Minutes in Heaven and she has shared the screen with actors such as Steve Martin, Robert DeNiro, Zac Effron, Jennifer Lawrence and many  more. In spring of 2020, Jeanette returned to Christian music with the release of Heart Wide Open. The album received national attention and connected with fans of all genres.

Building off the success of last release, Rachel Jeanette will be working with Grammy and Dove nominated producer Wayne Haun on a new project that will be released early 2021. Fans can find Heart Wide Open on all digital platforms.