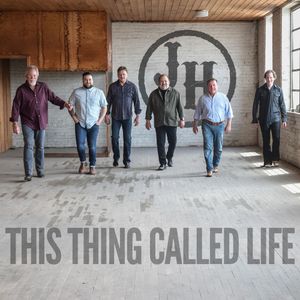 Nashville (February 28, 2020) Gateway Management artist, Jackson Heights has released a new single to Southern Gospel radio. The single, “Riding the Wind” comes from their recent release This Thing Called Life. The song was written by Allen O’Neal, member of the group and son of Hall of Famer Ed O’Neal.

Jackson Heights last release to radio, “Fearless”, made its way to the national charts, landing at number 61. That song was also written by a member of the group, Kent Humphrey. The band has found success on radio, largely in part to the subject of their songs. “Jackson Heights is made up of guys who made a living on the road for many years but then went home to raise our families before coming back together. We lived normal lives, dealt with struggles and faced the same problems as the people that listen to our music. Our songs tend to reflect those experiences and people connect with them on a personal level, “stated Kent Humphrey.

While Jackson Heights has found favor on radio, fans across many genres have embraced them on the road. They are currently nominated for Entertainer of the Year and for Vocal Group of the Year in the 2020 ICMA Awards.

The new single is available from Dream Big! Promotions. To learn more about Jackson Heights, go to jacksonheightsmusic.com.